You are here: Home / Archives for Headline Stories

Ashley Cox, one of the NCS Open Water Zone Team coaches, wrote the following article, which appeared in SwimSwam:

Throughout the weekend of June 2-4, the waters at Lake Echo in Pinehurst, North Carolina, crashed and churned as the Southern Zone open water teams fought their way to the top of the podium.

North Carolina’s open age group men’s and women’s teams both dominated in their individual races, as each teams’ 4 members placed in the top 8 of their 5k races. The 15-16 boys’ age group saw a 1-2 finish by 2016 Olympic Trial qualifier Ross Dant, followed closely by Thomas Brentzman (2nd) and Owen Lloyd swimming in 5th. The 13-14 teams commanded their age groups, as Sydney Morgan and Isabel Pennington both placed in the top 3 for the girls, and Jared Carter, Connor Hughes, and Danny Qaqish achieved top 8 points for the boys.

Throughout the weekend, head coach John Payne and team manager Jonathan Bescher promoted atmospheres of camaraderie and fun as well as strategic and technical approaches to each of the teams’ individual and team pursuit races. The coaches’ encouragement to work together in line-ups, starts, and pacing was clearly evident as these swimmers from across NC came together to secure a historical win for North Carolina Swimming.

Congratulations to the coaches and swimmers from the 2017 North Carolina Swimming Open Water Zone team.  The team won the Southern Zone Open Water championship for the third straight year!  The meet was held at Seven Lakes this past weekend.  Visit the Photo Gallery above for more photos.

OME is now open and is the only method for submitting NCS Age Group SC Champs and NCS Senior SC Champs entries. Find the meets on the USA Swimming site under Events/Online Meet Entry

OME remains open until 6:00 PM on the Monday of each meet week.  TM events files have been posted on the NCS website meet page to help with your entry planning and the meet announcements are there as well. 2017 Long Course Meet Schedule

There is also an NCS OME users guide available if you’re new to the process or need a refresher. Find it here: https://www.swimnc.com/wp-content/uploads/2015/11/NCS-OME-New-Users-Guide-v4.pdf

Remember that while you are allowed to update entry times for your swimmers until the entry deadline, OME will NOT do this automatically. If swimmers improve their times after you have entered them, you need to log back into OME and select the faster times for them.  Also, please remember to use the Entry Fee Summary and Waiver sheet in each meet announcement to calculate what you owe to the hosts. The entry fees calculated in OME are not correct if you have any relay only swimmers on your roster.

If you have any entry questions, please don’t hesitate to call or email. 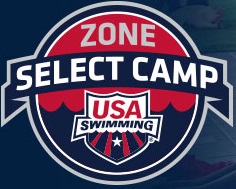 Congratulations to the NCS swimmers listed below who qualified to attend the 2017 Southern Zone Select Camp, and also to the NCS coaches who were selected to the camp staff.  The camp was held at the University of Louisville on May 25-28.

Claire Curzan of the Raleigh Swimming Association (RSA) started the long course season where she left off during short course…with another National Age Group (NAG) record.  After a remarkable short course season, in which she set (and re-set) national marks in the 50 yard fly and 100 yard fly, Curzan established herself as the fastest of all time in the 11-12 Girls 50 meter fly with a time of 27.91. This was only her first long course meet of the season…so stay tuned.

Congratulations to TAC Titan swimmers Taylor Cureton, Nicole Zettel, Mere Whelehan, and Lily Willis on a new NCS Girls 10U record in the 200 Free relay!  The girls broke the record which had been in the books since 2006.

Click below to view all the current short course records.

Ashley Twichell, representing the North Carolina Aquatic Club (NCAC), won her second consecutive Open Water National Championship 10K and her third overall.  She also won in 2016 and 2012.  Twichell will now represent Team USA in the FINA World Championships women’s 10K in Budapest, Hungary, on July 16.   As the second USA finisher in the 5K, Twichell also qualified for the World Championships in that race.

Pictured above are several North Carolina Swimming officials who worked the Arena Pro Series meet in Atlanta this past week.

Thank you and congratulations NCS officials!

North Carolina Swimming was well represented at the National Diversity Camp (May 4-7) at the Olympic Training Center in Colorado Springs, Co.  The following NCS athletes and coaches attended.

Each spring, USA Swimming invites 48 athletes from underrepresented populations to participate in a three-day camp program which includes pool training, motivational and education sessions and team-building activities. Selection is based on times swum at USA Swimming sanctioned events.

Congratulations to all who attended!